The History of "The Life of Death"

"How we look to others, might not be what we really are inside... Something (or someone) you might admire or even be scared of, can actually be pointless and insignificant... Or in this case, a natural part of life.

Death is something we -the audience-, are generally afraid of. His supporting cast seem to admire him. And he, seems to be oblivious to all this attention around him.

The film is playing with these three different points of view, but, in all honesty, it really aims to just make you laugh!"

This is how I introduced "The Life of Death" at the AnimaSyros International Animation Festival (2019)... Or, at least, that's what I meant to say! I think I got a bit nervous, as I hadn't spoken in front of such a big audience for a while, that I might have uttered a bunch of nonsense.

"The Life of Death" is a short animated film, I wrote, directed and animated, which premiered on the 31st of October 2018, on YouTube. The "making of" story, though, starts way back on January 2003.

I am on my last term at University of Central England, in Birmingham UK. I have, already, done a bunch of animated films. But in order to earn my degree, as Visual Communicator (majored in Time-based media/2D Animation), I have to hand in, one more! And I have three months to do it.

And, I'm stuck! I have no idea what to do! Tried reading, watch films, and preety much everything that usually sparks my inspiration... but nothing works!

I had recently, written a small thesis on "why we shouldn't fear death", so that might had been on the back of my mind. But this is a story for another day. Where was I? Ah yes... Nothing works! So I go out! I start walking... I'm listening to music and walk and I am so immersed on my thoughts, that I completely lose track of where I've walked to. And then, the sky turns grey and it starts to rain, as it often does in Birmingham! And within seconds I'm soaking wet, so I just go in to the first pub is see on my way.

And... oh my! What a pub! The floor, the walls and the ceiling were painted to look as wooden! It was as if you've entered a cartoon pirate ship. I loved it!

So, I order a beer and sit down to wait for the rain to stop. I took my sketchbooks out to draw the pub. Unfortunately, I had no camera with me, at the time, so I have no record to prove any of this.

Suddenly, the door bursts open, and a man, dressed in all-black and head-to-toe wet, stands behind the door, with a weird expression on his face. A mixture of confusion, frustration and panic.

And there was my inspiration! I was going to write and animate a thriller! A psychological roller-coaster about a man drinking in a bar, but he had enough and the bartender cuts him off... Before he has time to get of his seat, the door bursts open and a black-clothed figure walks in. Orders a drink and buys one for the first man as well. The figure doesn't speak... just sits and watches the man drinking, and smiles. As the man finishes his drink, he falls down dead. The figure smiles, pays and leaves the bar. As he walks over the body, he is greeted by another figure at the door. The new figure looks a lot like the man who died. They both leave. The End!

My tutors love it!

As the weeks go by, the story evolves and suddenly, everything makes much more sense. Who is the man? Why is he drinking? Is he trying to forget something horrible from his past? The Death figure becomes even more mysterious and even the rain seems to have a mind of its own. Nothing about this scene is of this world! (I will not write more, as I might actually do a movie about this someday!)

The story is written, storyboards have been made and I begin production.

One night, the whole class, goes out for drinks! We drink and talk and laugh... and I must have been on a row, because at some point, one of my tutors turns to me and says: "You are so funny and pleasant! Why do you always write so grim scripts?". And my other tutor adds: "Yeah, you'd be more up your alley, if you made Death drunk and not the guy at the bar!"

Three weeks to final deadline and I go home and write a completely different script! A biographical show about an oblivious, clumsy moron, who apparently is Death personified. In a world, where deities are immortals who live among people, Death is treated as a celebrity! People are not afraid of him, but consider him a necessary part of life... an artist of destruction and death! To the film's viewers, though, he is a clumsy idiot, who wouldn't hurt a fly!

With little time to, actually, think about the whole plot/script, I go to my tutors to pitch the new script and ask them to please let me throw away all the work we had done up until that point. They loved the new idea! And so, I just go ahead and start production.

I needed a very posh English accent, as usually very posh Englishmen host biographical shows. I asked two British friends to have a go. The first one, was on the spot! He made a thicker accent, than the one I was expecting, but the thickness, actually, made it more like a parody! I loved it! It was perfect!

The other one... who is half-Scottish, half-Subburban Londoner, awas told to make the posh-est accent he could. What he did... was terrible! It sounded so weird and... Wrong! But, to a non-Englishman like me, it, just, sounded hilarious! Every time I heard the recording, I couldn't stop laughing!

Against my best judgment, I ended up using the second one! 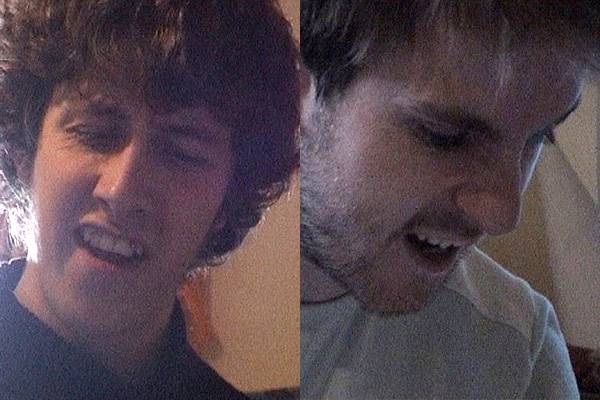 Ed and Liam recording their lines 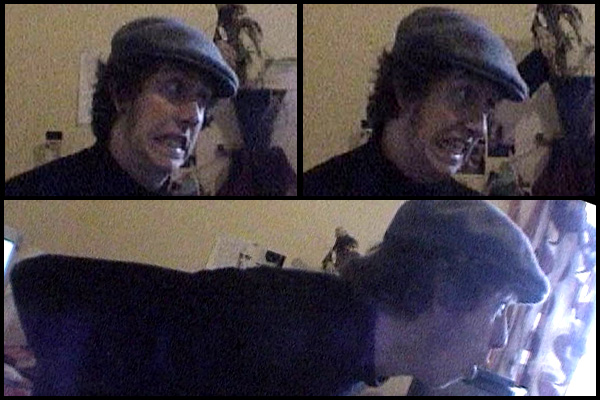 One of my tutors, insisted I add in a scene, where Death tries to avoid touching a fly. I didn't get it! I asked "why?", he said "because it'll be hilarious". In every meeting he would remind me that I haven't add the "fly scene" yet. Apparently, it was important to him, so I added one. Still couldn't get the joke though... Weeks later, when the film was presented in the graduate's show, the girl who was sitting behind me laughed "Oh my God! Death wouldn't hurt a fly!!!" And I was like "Oh.... of course!!! I get it now!!!"

Two days before the deadline, a friend of mine comes round to watch my film and give me some feedback. He liked it, and immediately says: "You read a lot of Pratchett - don't you?"... I'm like: "Eh? Who?"... I didn't even know who Terry Pratchett was, and so my friend lends me a book... It's "Mort"! I loved it so much!!! And was so influenced by it, that I think I wrote a few more scenes here and there.

Line test of the Pogo-stick scene!

Two days later, I hand in my finished film, even though, there was so much more I wanted to do and/or re-do! People loved it! So much so, that it was mentioned on the school's article about the graduates' show. 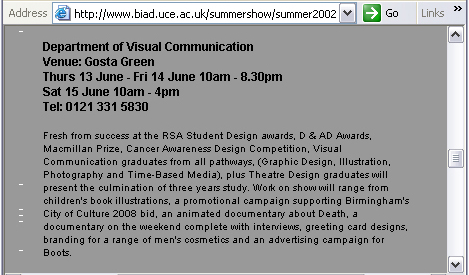 I was happy! And a graduate! But I knew that my drawing and animating skills, were rushed and sloppy!

The years past... I got another degree, found a job, got another job... and now I can call myself a professional animator. But that was the script that started it all and I never got past the fact, that I didn't make it as good as I could and as I wanted it! Through the years, I had revisited the script several times, re-written it and re-designed it so many times that it became something of an obsession. I really wanted to redo it. To add all the elements that were missing from the first one and fix all the things that were wrong due to the lack of experience and time!

Fifteen years later, 2017, I decide it's time for the re-make. The drunken man from the original script, the voice-over actors, Pratchett's Mort and so many of the characters I've created in other projects, came in to face their doom!

Bob the inflating victim animation test... from the remake.

This time, the great voice-over actor and you-tuber Eddie Bowlie, agreed to lend me his voice talent, and my life-long film-making partner and amazing composer Christos Maragoudakis, provided the music! 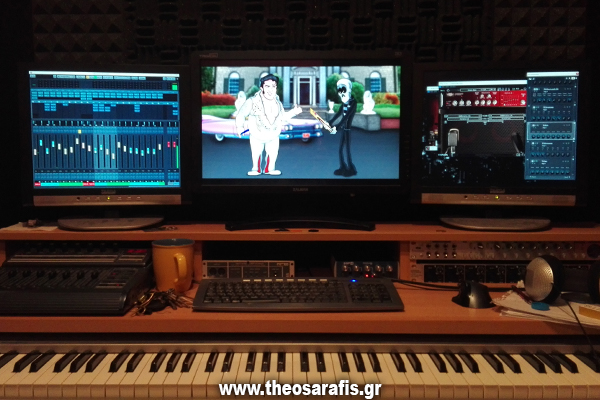 At the NMBStudio with Christos Maragoudakis, watching the finished film, with soundtrack and all, for the first time!

One thing I, almost, regret is that in both films, I ended up including a scene that never felt quite right and true to the character... But it was the scene, that most people would laugh at! The light-saber scene! Well... it's done now!

And... There you go! That is the story of a short animated film that took fifteen years to be produced and properly introduced to the world.